skip to main | skip to sidebar

Brothers, moonshiners, brawlers, hunters, lovers of all women and all around shit magnets, Edd and Earl wake up in the aftermath of the explosion of their favorite moonshine still. People had stopped coming to buy their corn liquor at some point in the past, but it’s all a bit fuzzy. They both remember thinking it was a damn shame to let the stockpile go to waste. Now, buck-naked, penniless and a bit parched, they are ready to to come down out of the Appalachian mountains and reenter society. They leave their retreat and move toward civilization on a collision course with Balfor Rast, a mad man bent on ridding the world of sin in an apocalyptic attack on one of the world’s most cherished institutions. Strip Clubs. Can Edd and Earl stop his evil plan? I sure as hell hope so, or we wasted months of writing time.

Coming soon from Stygian Publications, Boobageddon: An Edd & Earl Adventure, but R. Scott McCoy and Jimmy James Pudge. By soon we mean before the end of 2014, but that’s as close as we are willing to commit. 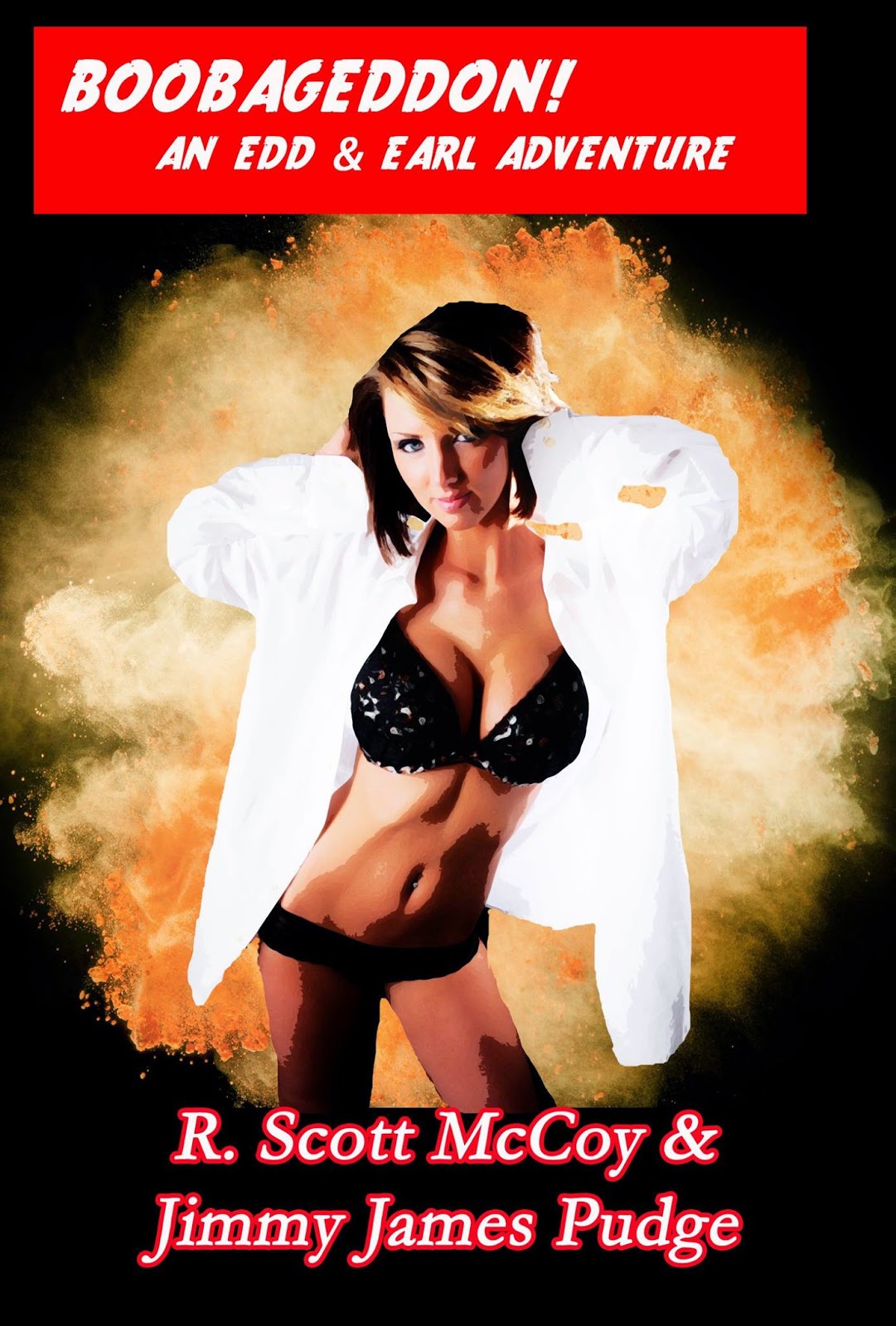 Friday Night, 7PM until whenever
The Kolchak Party

Your host will be dressed as Kolchak and we'll be having a Monster Costume Party. The best, or in this case, the most true to the series (let's face it, those costumes were cheesy), will win a prize. There will be light snacks and some beverages, but BYOB.

Saturday Day, 2:00PM – ??
The Underground Readings brought to you by Stygian Publications.

Saturday Night, 8PM until whenever
The Stygian Party

We'll have food and drink and prizes given away every 30 minutes. There will be dancing, excellent conversation and Aquapunk.

All events will be in the Stygian Suite, except The Funky Werepig Show (location to be announced later).
Posted by R. Scott McCoy at 5:56 PM 2 comments:

Everyone Hates A Hero: A Johnny Midnight Tale by Gregory L. Hall

I want Stygian Publications to be a success and I want ever book we put out to sell well so that the writers can get reward and recognition. In order to accomplish this, I first make sure that every book I accept is a book I would not just love to read, but as a reader, I would go out of my way to rate and recommend whether or not I knew the writer personally. There are a lot of good books out there that deserve to get published, but I want the books that get me excited. The ones I talk about and want to reread. The ones that when I read them for the first time, I can’t put down.

If I only come across one of those books a year, then Stygian will put out one book a year. If I come across ten such books, I will likely only put out about four, maybe five a year because beyond that, the quality could suffer.

This year I’m fortunate to have found a few books that fit that bill. The first is a book I’ve loved since I beta read a rough draft. Sideshow P.I.: The Devil’sGarden is already out there in print and ebook formats on Amazon. It’s book one of the Sideshow P.I. trilogy and I’m thankful to have the rights to publish them all over the next two years. 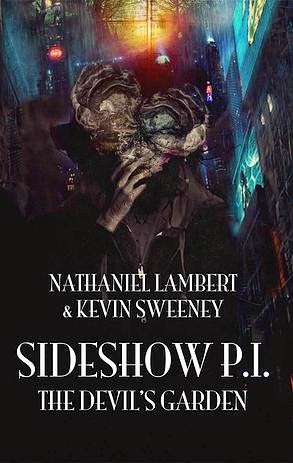 The second book is a novel by Gregory L. Hall called Everyone Hates A Hero: A Johnny MidnightTale. This started off as a short story posted on Greg’s former website, Choate Road. I loved both the concept and the character. Greg is a prolific writer that works in many genres, but he has a real knack with the short stories and novel formats. His ideas are off center and layered at a depth that both the casual and analytical reader can enjoy. 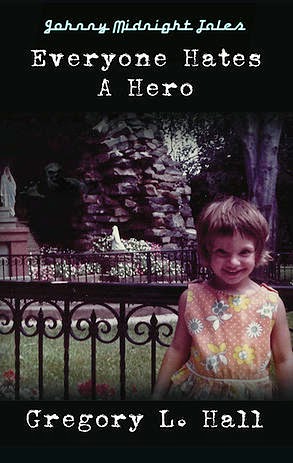 Everyone Hates A Hero will be released on September 10th, 2014. Both Nate and Greg will be with me at Context in Ohio, September 26-28 to sell and sign their books. I’ll be throwing a Kolchack The Night Stalker movie night on Friday and a Stygian party on Saturday night featuring a live broadcast of the Funky Werepig and later the return of the Big Boy Dance off contest. Check back for more details, as we get closer to the date.
Posted by R. Scott McCoy at 8:29 AM No comments:

Once upon a time, many, many years ago, I went to my first out of state convention. Ok, it was 2009, but it feels like a very long time ago.

The convention was Context in Columbus Ohio, and I was going for two reasons. The first was that Shroud Publishing had accepted my first novel Feast, and the second was that as publisher of Necrotic Tissue, I wanted to get myself out there more and meet some of the writers I’d made friends with online.

I had a fantastic time and met some new people and forged a friendship that I never thought would occur after the age of forty. It was a great time that spawned a lot of creativity including the creation of the highly exclusive Aquapunk genre.

I repeated in 2010 and got a table for NT. I also teamed up with Tim Deal and the Gamber family to throw a fantastic publishing party that included a very famous and controversial Big Boy Dance Off contest.

Since I’ve restarted Stygian Publications and have plans for at least three books to be released in 2014, I thought it was time to return. I won’t be setting up in the Dealer room, since I don’t have the staff and don’t want to be trapped all day behind a table. Instead, I have a party suite rented for the entire weekend. The exact times are still being worked out but I will post the official schedule here and on the Stygian and my personal FB pages when it’s ready. For now, here are some highlights.

Friday night will consist of a Kolchak The Night Stalker party, showing the first two made for TV movies that preceded the series, followed by the series itself. We’ll kick it off at 7:00 PM and go until the last person cries uncle. There will be some snacks, but BYOB. We will also be holding a Kolchak monster contest. The only rules are to come as one of the monsters in the series or movies. Winners will get free books and other swag. Don’t come as Kolchak unless you’re ok only having the second or third best Kolchak costume.

Saturday, there will be readings throughout the day from man pretty Nathaniel Lambert, Gregory L. Hall, R. Scott McCoy and many others to be named later.

Saturday night is the official Stygian Party. There will be food and booze while it lasts. We will kick off the party with the triumphant return after 20 years of The Funky Werepig! He will be doing his show live and maybe in color. He’ll be flinging Moon Pies, interviewing special guests and there will be giveaways throughout the show.

I mentioned that I’ll be putting out at least 3 books in 2014. The first is Sideshow P.I.: The Devil’sGarden by Nathaniel Lambert and Kevin Sweeney, that was just recently released and is available now on Amazon. The second is Everyone Hates a Hero: A Johnny Midnight Tale, by Gregory L. Hall and will be released a few . Both will be there with copies to sell and sign.

After The Funky Werepig show, stick around for the return of The BIG BOY DANCE OFF!! Prizes will be given for whoever comes in second and third place behind Greg Hall. After that the dance party will keep going as long as you do, so stick around for random prize drawings including 15 minutes in the whirlpool tub with man pretty Nathaniel Lambert!! Sorry, the hotel has forbid the use of Jello in the tub.

Stick around Sunday morning and help clean up!! Hello? Were'd everyone go??

The first time I heard of Nathaniel Lambert was when he submitted a short story to Necrotic Tissue Magazine. In his cover letter he mentioned that the story he was sending me had been rejected a few times because of too much bull fucking.

I was intrigued. The story was about a demonic bull that came up from the depths of hell, so within the context of the story, it seemed appropriate. If anything, there didn’t seem to be enough. I conditionally accepted it with the understanding that he would add more bull fucking to the story.

In those days, I met many other writers and editors on different boards like Graveside Tales and Choate Road. I spent way too much time on those boards when I should have been writing, but I’m happy to say I no longer do it. Now I waste my time on FB. But I digress. I loved Nate’s writing and told him so. Later he sent a 100-Word story to NT, which I also accepted and he eventually talked me into doing NT’s first Anthology called Malpractice.

Around that time, he also asked if I’d beta read a novel he’d written with Kevin Sweeney. I didn’t have the time, but I said hell yes. I’d just finished my own first novel Feast and I was feeling real good about it. At least until I read Sideshow P.I.: The Devil’s Garden. I thought my book was “edgy”. I still think it is a solid short novel and well worth the time to read it, but while it is good, it is actually quite traditional. It was my version of the type of stories written in the 80’s and 90’s by King and McCammon. Sideshow P.I. was in a completely different category. It was well written and smooth with a strong voice and vibrant characters. But it was a dark, rich creation in a city that I loved reading about and was glad didn’t really exits on our Earth. In short, it made my book look like it was filmed in black and white, while Sideshow was in Technicolor.

Eddy “Wolf Boy” Gnash is a great character that seems normal in comparison to his surroundings, as normal as a man can be that is covered in fur and once performed in and later ran a Freak Show can be.  He and his former band of freaks fit right in at the city of New Ramoth. He is in a rut and decides to become a private investigator. It’s just what the city needs, assuming he can survive long enough to solve the mysteries that run in the streets thicker than industrial waste.

The Devil’s Garden is book one of the Sideshow P.I. trilogy, and Stygian Publications has signed a contract with Nate and Kevin for all three. The Devil’s Garden, originally published by Graveside Tales, has just been rereleased on Amazon, here for the print and here for the Kindle version. Book two, All Fall Down, will be released early in 2015. I’ve also made a deal with a very talented artist George C. Cotronis to do covers for all three novels.

If you like books that don’t fit neatly into an industry defined genre, then do yourself a favor and read these books. Stygian Publications isn’t going to crank out a huge volume. I am focused on doing a few books per year that I truly believe in, so keep an eye out for further announcements.
Posted by R. Scott McCoy at 8:56 AM No comments:

Promote Your Page Too